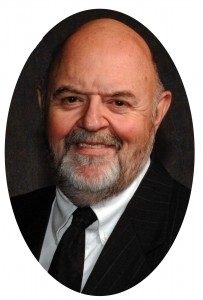 Pastor Roger Boone was born on July 30, 1954 to Arthur and Connie Boone in Asheville, NC.  He has lived in Buncombe County his entire life.  He was saved in October 1972 at the age of 16.  God called him to preach in a prayer room two years later.  In June 1974, he surrendered to the call to preach and preached his first message on July 30, 1974 which was his 20th birthday.  It has been a journey of ups and downs, but preaching and pastoring is what he feels God has called him to do.  On August 9, 1974, he married Diane Austin.  He accepted his first pastorate in 1983 at Mt. Zion Free Will Baptist Church in Marshall, NC.  He has pastored five more churches since then – Barnardsville Free Will Baptist (Barnardsville, NC), Red Hill Free Will Baptist (Marshall, NC), Roaring Creek Free Will Baptist (Newland, NC), Hilltop Free Will Baptist (Travelers Rest, SC) and now Cedar Hill Free Will Baptist (Asheville, NC).  Pastor Roger and Diane have one daughter, Sarah, and she is married to Logan Brown.  They are expecting their first grandchild in January 2016.

Pastor Roger has done a syndicated radio program, “It’s Gospel Time” since April 1989.  It is currently aired on 16 different radio stations up and down the eastern part of the United States.  He plays mostly bluegrass gospel music with a few Southern Gospel songs mixed in.  He and Diane have sponsored gospel music concerts for the past 35 years.

Roger and his family enjoy traveling and have been to 30 different states, plus Canada, Mexico and the Bahamas.  He has been a part of building several churches and Christian schools in Mexico on mission trips.

Pastor Roger’s goals for Cedar Hill Free Will Baptist Church is for it to be a vibrant, Bible believing, Bible teaching and Bible preaching church.  He prays that our people will grow in Christ, and he prays that sinners will come and be saved and become a part of our church family.  He wants our church to grow in number and be known in the community as a friendly church that loves people.